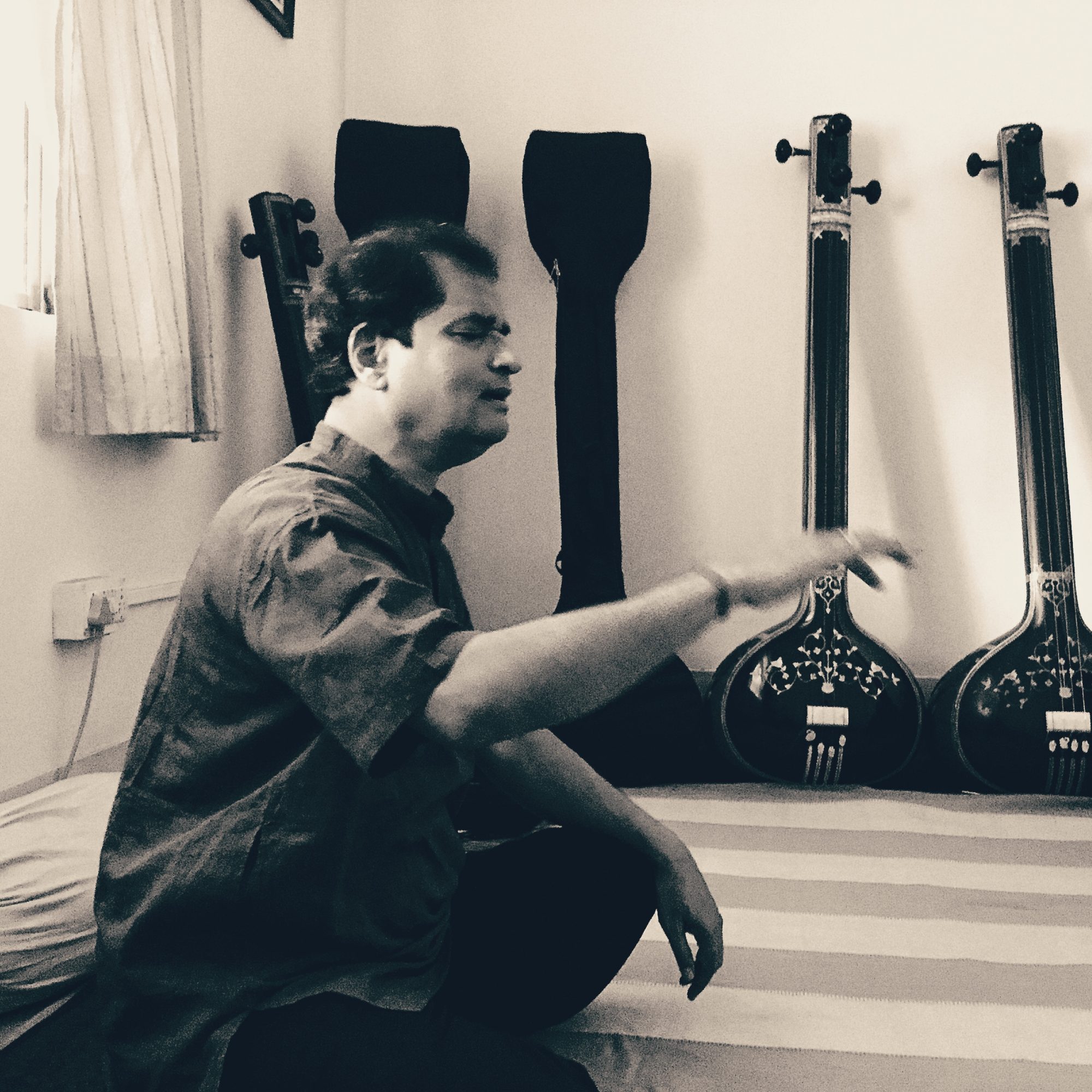 My Gurus encouraged me to teach while simultaneously learning from them in Mumbai. They believed that this would augment my musical knowledge and create an understanding about what I was singing. I thus began teaching in 1986. After a few years, I came to the same conclusion as my Ustads. Teaching helped me deepen and crystallize my thought process through my students.  It also enriched my art while giving me a strong sense of contentment. Living with my Gurus for 12 years was invaluable in gaining a deep insight into the tradition and a firm grasp of the music. My personal vision for teaching at my home in Pune is based on the idea of a Swarkul. The concept behind Swarkul is that of a place where the Sur or musical note is venerated.  It is a space where everyone that practices music: students and their teachers can delve deeper into the Dhrupad artform as well as exchange critical ideas and in the process evolve their own musical identities.

I have several promising disciples who have been learning from me according to the tradition of Guru Shishya Parampara at my home in Pune. I have also been teaching as a Guru at the ITC Sangeet Research Academy, Kolkata, since July 2012 and at the Bengal Parampara Sangeetalaya in Dhaka, Bangladesh, since 2014. I am often invited to conduct lecture demonstrations and workshops both in India and abroad in association with various different organisations. The magnanimous tradition of Dhrupad is an innate part of Indian culture and heritage, that has given much to every generation of artists as well as listeners. To see it thrive is my calling and a responsibility that I am sure people who have had the pleasure of listening to the music also feel.  My hope is that such persons will step forward in response to this petition and partake in the guardianship of this rich tradition.